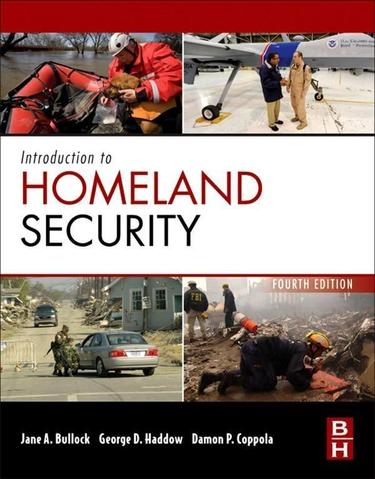 Already purchased in store?
or

Bullock, Haddow, and Coppola have set the standard for homeland security textbooks, and they follow up their #1-selling third edition with this substantially improved version. Students will value the decades of experience that the authors bring to their analysis, and the new edition offers still more research-based data to balance the field-tested practical information included in each chapter. Additionally, links to the most current online government information help to keep the text up-to-date in this rapidly developing field. As with its predecessors, the book clearly delineates the bedrock principles of preparing for, mitigating, managing, and recovering from emergencies and disasters. However, this new edition emphasizes their value with improved clarity and focus.

NEW TO THIS EDITION:

This edition has been thoroughly revised to include changes that are based both on changes relevant to the political, budgetary, and legal aspects of homeland security that have changed since the 2008 Presidential election (and subsequent change in the administration), but also in recognition of an expanding academic demand that is both larger in size and changing in scope (most notably with regard to an increase in the number of government employees and officials who are taking courses that have adopted the text). These include: an expansion of material on the organization of the Department of Homeland Security; strategic and philosophical changes that are recommended and/or that have occurred as a result of the Quadrennial Homeland Security Review completed in 2010; updated budgetary information on both homeland security programs and on the homeland security grants that have supported safety and security actions at the state and local levels, as well as in the private sector; and changes in the way the public perceives and receives information about security risk, including the possible elimination of the Homeland Security Advisory System.

New chapters that focuses specifically on border and transportation security missionsAn increased focus on cyber security and infrastructure security, both of which are rapidly growing in importance in the homeland security field among officials at all levels